History of the Area

The MoU and Voluntary Code of Conduct

“We firmly believe we could help change marine conservation in Britain.”

Above the tide mark, Lyme Bay is one of the most spectacular and most valued landscapes in Britain. The shoreline of Lyme Bay, which is partly in Dorset, partly in Devon, is part of one of Britain's only natural World Heritage Site, the Jurassic Coast.

Below the tide mark, Lyme Bay reefs are the country's largest marine protected area. The area falls on the border between two managing Inshore Fisheries and Conservation Authorities (IFCAs), Devon & Severn to the west and Southern IFCA to the east, and has a number of conservation designations: 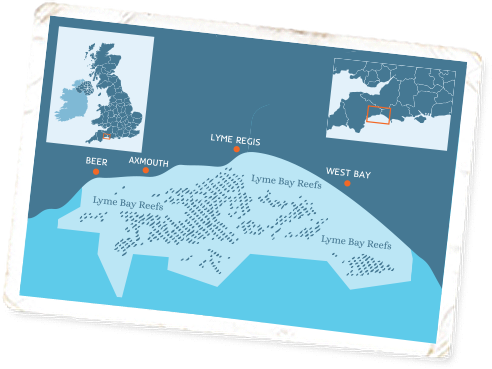