Home > About > What are we conserving?

History of the Area

The MoU and Voluntary Code of Conduct

“The proposed scheme sets out not only to protect the ecosystem of Lyme Bay but also, crucially, to create some value for local fishermen through the process of conservation.”

"Conservation" is usually used in relation to the protection of rare or threatened wildlife and habitats. In the Lyme Bay Fishing and Conservation Reserve we recognise that we need to apply the term "conservation" to more than just the natural world. We believe that there is a duty to conserve the traditional fishing communities, that are so rich in cultural history, and the fish stocks on which the fishermen depend.

We recognise that conservation has to apply to the habitats, species, fish stocks and fishing communities as they are mutually dependant on each other; the condition of one is intimately linked to the condition and state of the others.

Lyme Bay hosts important submerged geological features encouraging a mosaic of habitat including sandstone, mudstone and limestone reefs. These mixed ground reefs comprise of bedrock, stony and biogenic reef on which rich, complex, sensitive reefs have developed. Conservation objectives, advised upon by Natural England, seek to maintain these reefs to favourable condition or restore them within the SAC.

The area is home to over 1,300 species of marine fauna and flora, including the nationally protected pink sea fan (Eunicella verrucosa), a nationally rare sponge (Adreus fascicularis) and the extremely rare sunset coral (Leptopsammia pruvoti), one of only five areas where this species is found in the British Isles. At different times of the year Lyme Bay habitats are essential for commercial fish and shellfish such as Sole (Solea solea), Bass (Dicentrarchus labrax), Brown Crab (Cancer pagurus), Lobster (Homarus gammarus), Scallops (Pectin maximus), and Cuttlefish (Sepia officinalis). Lobsters and crabs find refuge in the gaps in the rocky reefs, Sole are attracted to the worms and small invertebrates found in the sandy areas, Cuttlefish come inshore in the spring to lay their eggs on seaweeds and the delicate hydroids and bryozoans, the Scallops favour the sandy and gravely grounds beyond the reefs. Without healthy stocks and habitats on which they rely the local fishing industry would suffer which is why local fishermen play a central role in the Reserve.

The local fishing communities at Beer, Axmouth, Lyme Regis and West Bay have rich cultural histories centred around there fishing and seafaring traditions. It is this maritime character that attracts visitors into the area and the ports as now centres for tourism and recreation. It is clear that effective management and conservation in Lyme Bay has to consider the "whole" rather than individual parts. This is the challenge that we have set ourselves and that we are striving to achieve. 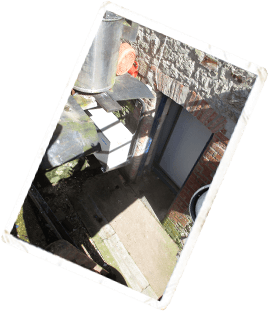 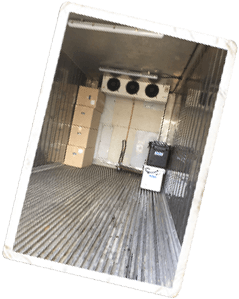 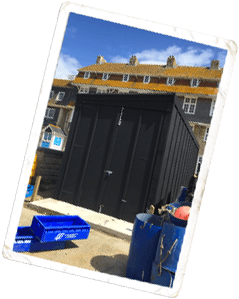 In support of the local small-scale fisheries of Lyme Bay basic fish handling facilities have been provided within each port, funded by BLUE Marine Foundation and the European Fisheries Fund, which includes, fish boxes, chiller rooms and ice making equipment.

These facilities allow fishermen to achieve optimum prices for their catch as the quality is high. It has also allowed fishermen to sell a range of species regardless of quantity or fragility. This has brought significant benefits to fishermen’s income and standard of living;

“Before the scheme, I would cut up many white fish I caught for bait or would have to drive two hours to market as they would not keep. Being able to get fish on ice the minute it’s caught and stored in the chiller unit until it can be picked up has increased the amount I can earn and taken time off my working day.” Reserve Fisherman, October 2016

The units are owned and managed by the fishermen in each port and the running costs of the units and how they are covered vary from unit to unit. 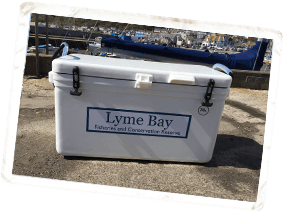 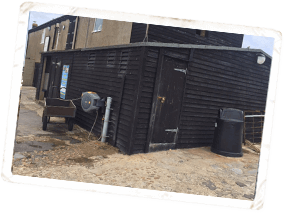 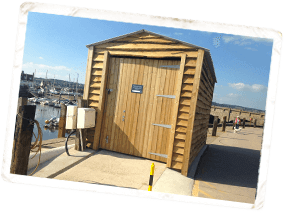